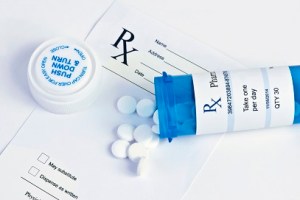 States that use prescription drug monitoring programs have seen a 30 percent decrease in the rate of prescriptions written for opioid painkillers, a new study finds.

“This reduction was seen immediately following the launch of the program and was maintained in the second and third years afterward,” the researchers wrote in the journalHealth Affairs.

NBC News reports the researchers from Weill Cornell Medical College in New York are not certain why the programs reduce opioid prescriptions. “It is possible that the implementation of a prescription drug monitoring program by itself substantially raised awareness among prescribers about controlled substance misuse and abuse and made them more cautious when prescribing pain medications with a great potential for abuse and dependency,” they wrote.

“It is also possible that knowing that their prescribing was being ‘watched’ deterred them from prescribing Schedule II opioids to some extent,” they added.

According to the Drug Enforcement Administration, Schedule II drugs have a high potential for abuse, which may lead to severe psychological or physical dependence. Examples of Schedule II narcotics include: hydromorphone (Dilaudid), methadone (Dolophine), meperidine (Demerol), oxycodone (OxyContin, Percocet), and fentanyl (Sublimaze, Duragesic).

The new study analyzed records from more than 26,000 doctor visits in 24 states that implemented prescription drug monitoring programs between 2001 and 2010. “Our analysis indicated that the implementation of a prescription drug monitoring program was associated with a reduction in the prescribing of Schedule II opioids, opioids of any kind, and pain medication overall,” they wrote.

Before states implemented the programs, about 5.5 percent of office visits for pain resulted in a Schedule II opioid prescription, compared with 3.7 percent of visits after the programs were instituted.